Home entertainment has come a long way, and it has been progressing even faster since the turn of the millennium. Television sets have been designed to be thinner, wider, and clearer than their previous model with every passing year.

During the COVID-19 pandemic, Canadians were forced to find their entertainment within the home. For those looking to upgrade their current TV systems, Hisense has inspired the next generation with the L5F 4K Smart Laser TV. With new features such as High Dynamic Range, DLP Theatre Technology, and Motion Estimation/Compensation, Hisense is bringing the movie-theatre experience into the home.

OnSide Media spoke with Lindsay Takashima of HiSense to learn more about the cutting-edge technology that makes streaming a movie or playing video games all the more immersive.

When did you notice a shift in the trends regarding television systems at home?

Lindsay Takashima: Honestly, TV sets have been evolving quiet a bit since the introduction of HD about 20 years ago. I’ve been in the business for quite some time, and before the year 2000, there was not a lot of change in televisions. The sets were big, bulky and heavy. When HD came into effect, that is when TV started to evolve fairly quickly. Everything has evolved into flat panels. They have gotten larger, but they have also integrated Smart TV’s, now we have 4K, which is 4 times the resolution of a standard HD TV. We’ve taken this a step further with our Laser TV, which has your typical over-head projector, but because it is an ultra-short throw, it can be placed in very close proximity to the screen. We call it a Laser TV because it has a TV tuner in it as well as being a Smart TV. 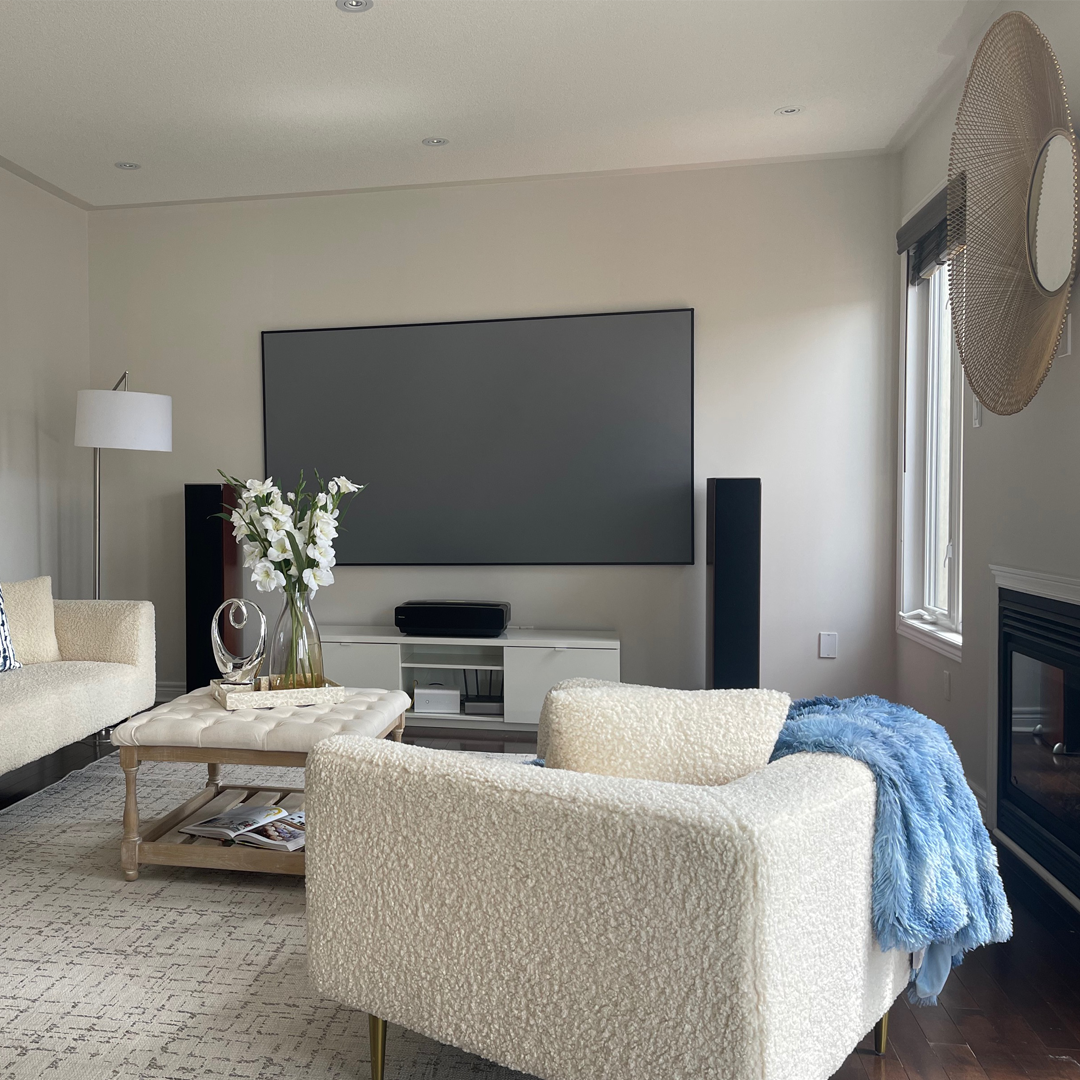 In the press release, the term “at-home entertainment system” was used. What does that mean to you and your clientele?

LT: What that means is that, primarily, the consumer can use it for a multitude of things. It has a TV tuner; it has the Smart apps in it. If you want to watch your favourite show or stream your favourite content, you can do that with everything that is built into this set. It also has multiple HDMI inputs. From a gaming perspective, so you can connect your favourite gaming console and play video games. Nothing beats playing video games on a 100–120-inch screen.

From a perspective of the size of the screen, it’s about scale. Similar to the reason why people like to go to the theatre to watch movies. It is an immersive viewing experience. A 100- or 120-inch screen helps magnify what somebody may have been using prior to that. 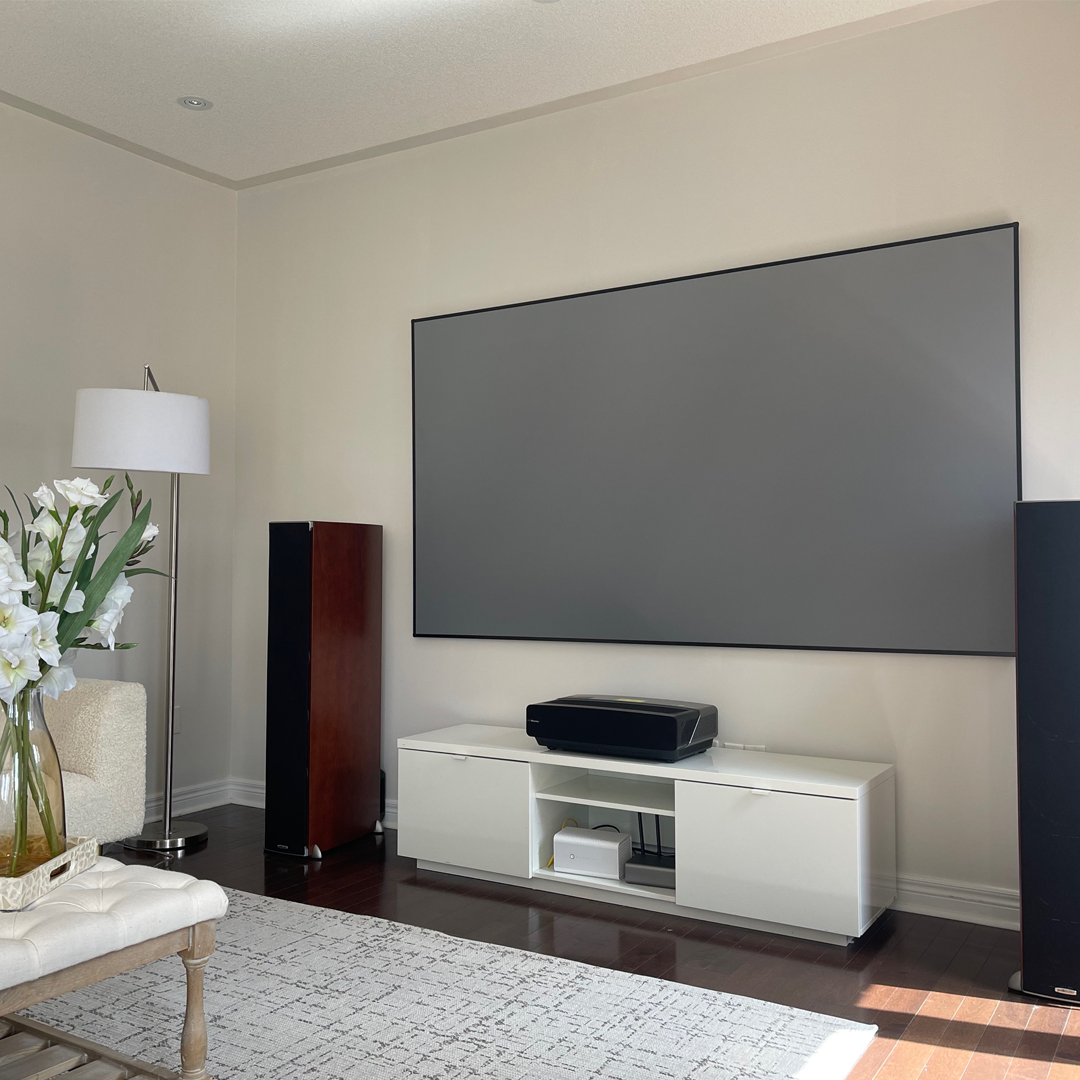 What was the process of developing the Hisense L5F Laser TV?

LT: Unfortunately, I was not a part of the process. But somewhere along the line, someone in our TV department decided to develop something that would take the flat screen TV the next level. The typical flat screen TV can only go up to a certain screen size and become cost prohibitive. Whereas this is a short-throw laser projector, it can project all the way up to 120 inches and can give you the colour, reproduction, and brightness that you would be accustomed to watching on a typical flat screen TV. Because it is an ultra-short throw projector, the light has to travel a shorter distance compared to standard over-head projector. The idea is trying to bring a more immersive experience to the viewer.

One of the neat things about it is because we are using a laser to project the light through to the screen, the laser itself has a life of 20 000 hours. Unlike standard overhead projectors where bulb may last 5000 hours.

What kind of people are your target audience for this new laser TV upgrade?

LT: When we first brought this product out, it was a premium from a price tag perspective. As we honed the production scale and found efficiencies of manufacturing, the product has come down considerably. It is less than half of what it was two years ago in price. I really believe now, because of where it is in price on the 100-inch and even 120-inch, I think it is very competitive for someone who is looking for an 85-inch TV to consider this product. I would say that the target audience is very wide now because we are well under $5000 with the 100-inch screen (and are at $5000 with the 120-inch).

Which new feature would you say is the most important? Why is this feature exciting to you?

LT: From my perspective, it’s not so much about any feature, but its more so about the scale. The unit that I have, when my wife and I go down to our basement and select a movie, it is immersive. We call it a reflective surface, so you’re not actually looking at the light shining into your eyes like a standard flat panel TV set. The light is being projected onto a screen, then being reflected back at your eyes. Similar to what you would see in a movie theatre. I still get goosebumps when we watch a movie on this 100-inch diagonal screen. It makes it difficult to want to go to a movie theatre.