Home FEATURED Work Hard In The Gym, Not At The Dinner Table – Andrew...

Hopefully, with lockdowns in the rear-view mirrors for Canadians, many of us are looking to shed off some of those quarantine pounds. Some of us might be tempted to try some of the more popular fad diets that everyone hears about, but these aren’t the most fun and usually don’t produce long-term results. That’s why we talked to Andrew Tyson, founder of Thicc Boi Fight Club, which wants to put forward a message of how to properly eat and train to have a happy and healthy life.

How would you define thicc boy fight club?

So initially, it started as a big joke, we’re all a bunch of fighters and we’re known for how much we eat. Anyone who’s a fighter or a wrestler can talk about the relationship that fighters have with intense dieting and eating. So, it started as a big fun joke, and as the lockdowns began, we began to take the whole thing more seriously. The best way to describe it is that it’s a lifestyle. We have this idea that the fitness industry is warping people’s reality when it comes to eating. We believe that martial arts are the best way to stay fit for both body and mind, and we think that you should be able to enjoy food and not always be counting calories. We always say we’d rather suffer in the gym than suffer at the dinner table. That’s our philosophy on fitness, dieting, and enjoying life, making sure that you’re not so obsessed with fitness that you’re not enjoying life. 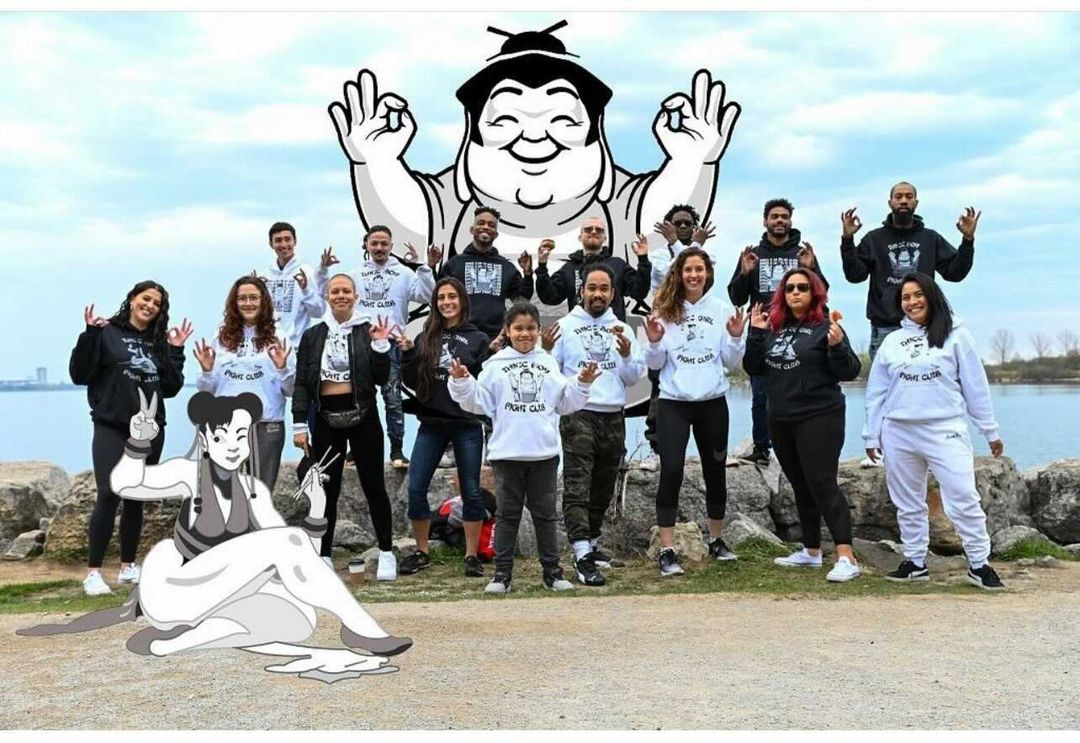 Where did the idea for the business start?

Like I said it all started as a joke between our friends and us. We’d always tag it on our posts and stuff like that. So, our friends told us that we should start a page because we were posting all this food on our pages. So, we did, and I came up with this logo the same day I made the page. We were looking for a logo to put on our Instagram page, and the logo just came to me. I was thinking of the idea of a Sumo wrestler because you always see them happy eating food.
Someone then said that they looked like Buddha, so I had the idea to turn Buddha into a Sumo wrestler. From there, we made it into a page, and we started to make hoodies, and then we started a podcast. It was all organic from one step to another. 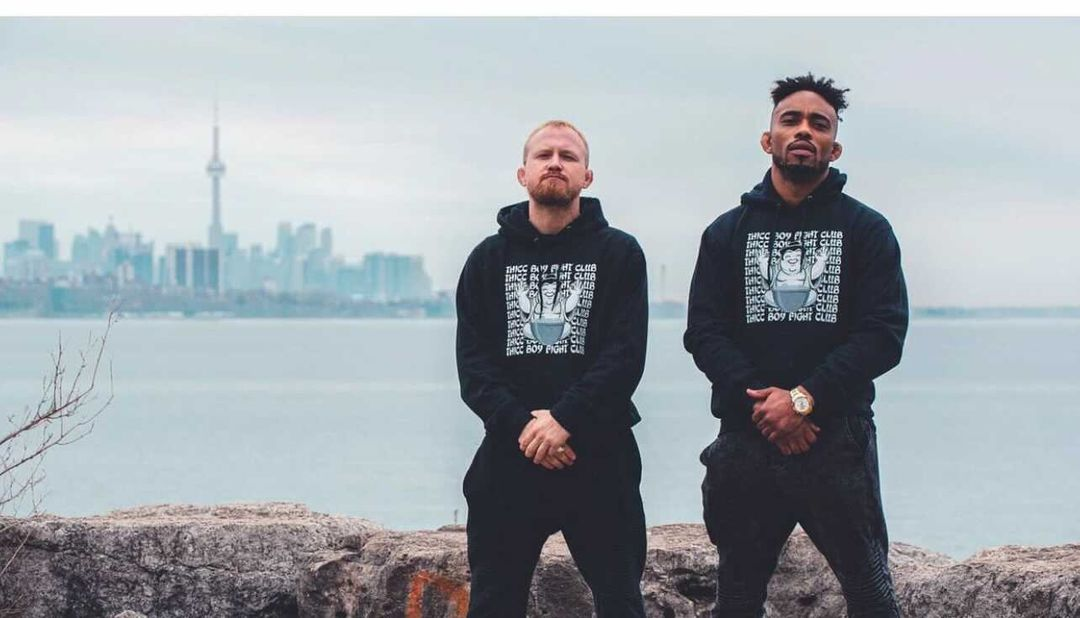 How was it to start a business during the pandemic?

It worked out because I was already in the process of transferring my business into more online and virtual stuff. It was weird how the timing of it came together because now everyone is on their phone a lot more, and people are more willing to do things digitally; podcasts are becoming more significant than ever—also, being here in Toronto, where we’ve had one of the worst lockdowns it worked because we tried to bring a lighter vibe than what many people were seeing. We just wanted to keep a more positive vibe. We feel like Toronto is known for more than just the lockdown we have a ton of great fighters, and we have some of the best food in the world, in my opinion. 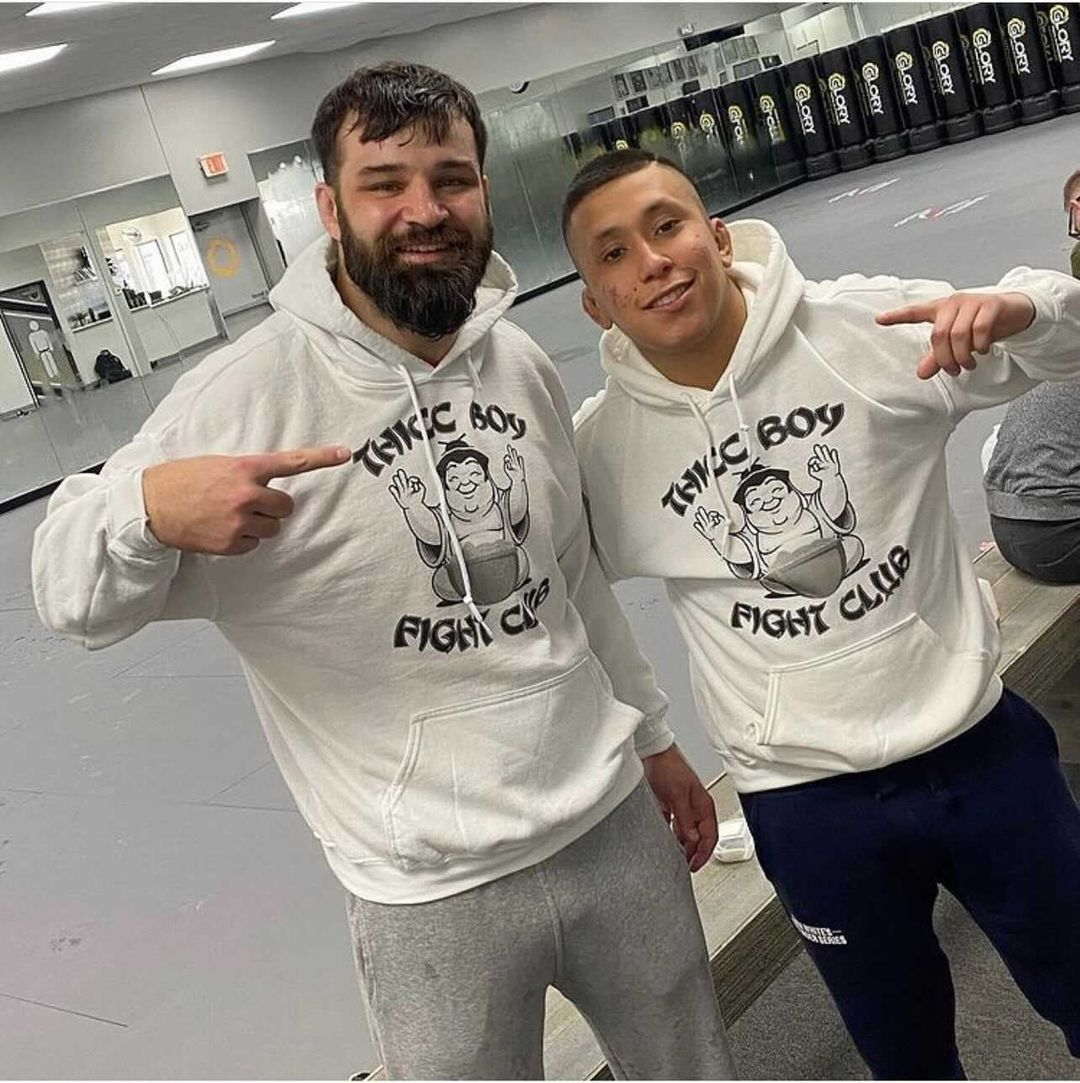 What are your goals for the business?

Today now, we have moved on to products other than the hoodies. We are going to have boxing gloves soon and cross bodies, tank tops. Our goal is to sell the easy answer products, but overall, we want people to get into this philosophy. As a trainer, I always told people that I think boxing, kickboxing, Muay Thai, and jiu-jitsu are the best things that people can do for fitness because there’s no end goal. I don’t care how good you are as a boxer; there’s always something you can learn. It’s much easier not to quit when you have something like that than just wanting to look good on vacation. We want to spread that message to make the martial arts community bigger because gyms are suffering more than ever. We wanna keep supporting local gyms and restaurants because they are two of my favorite things about the city.

Where do you see the business in 5 years?

I’m not sure. As well as this podcast is going, I can see us being pretty big. We have three UFC fighters that we sponsor that wear our gear, Julian Marquez, Jeff Molina, and Chris Barnet. Our biggest long-term goal is to start throwing shows, whether it’s boxing, kickboxing or MMA. We want to keep steady with the apparel, and we want to grow into everything. I can see myself managing fighters one day and doing it under this banner, and we for sure want to have a fight promotion one day. Five years from now, I would love to have thrown a show by now and have more top-tier fighters wearing our stuff.

It’s essential to keep in mind that many of the diets you see people partaking in on social media might be effective in the short term, but even if they are, most are almost unsustainable. That’s why it’s essential to make sure that you don’t obsess over fitness to the point that it starts to take over your life, and you don’t get to enjoy it. That’s the message Andrew Tyson and Thicc Boi Fight Club are trying to push. Learn more about their news on their social media pages and their podcast.