The Waterloo region is making a significant impression on the film industry worldwide. With its scenic views in surrounding cities such as Cambridge, the Waterloo region has created a star-studded resume of popular films and television shows filmed in the small town just an hour outside of Toronto.

Titles include The Handmaid’s Tale, Murdoch Mysteries, It, and The Queen’s Gambit. Over the last year, the City of Cambridge has contributed to the region’s busiest film year on record. A temporary studio space was set up in the community in support of a new Food Network show. The team at Invest Cambridge was able to connect the production team to their local food bank, which resulted in over 1600 pounds of food being donated.

” It was a huge win for our community,” Devon Hogue, Business Information Officer, beams with pride. “Obviously, for the philanthropic reasons, but we were also able to prove that yes, you can use a community that is outside of the GTA and still be successful”.

OnSide Media had the opportunity to speak with Devon to learn about the regions growing desirability in the film industry. Devon also shared her favorite TV series filmed in Cambridge and the growing importance of film tourism.

What do you want people to know about the Waterloo region?

Devon Hogue: We are a phenomenal spot. We are just outside of Toronto, so we have access to all of those world-class large-scale attractions. But we are far enough away that we don’t have the traffic problems or the social problems. We are a hidden gem, so we have that small-town vibe. You still have the small businesses who know your name when you walk in.

It’s not like you are a number; you’re an integral part of this community when you’re here. We have so many different assets that people can enjoy when they come to town. We’re not too far from African Lion Safari, and we have over 100 km of natural and Heritage trails. The Heritage Grand River bisects us, which is Heritage designated by Canadian Rivers.

One of the reasons the film industry loves Cambridge as much as they do is because we have had a council that has preserved historic and Heritage properties, which has led to our European feel. At Cambridge, we’ve stood in for numerous places in the UK. Starting in November, we’re working on a program that is a Canada-UK Copro for Disney Plus. The majority of the shoot is happening in the United Kingdom, but they will be coming to Cambridge for a month of their shooting time. 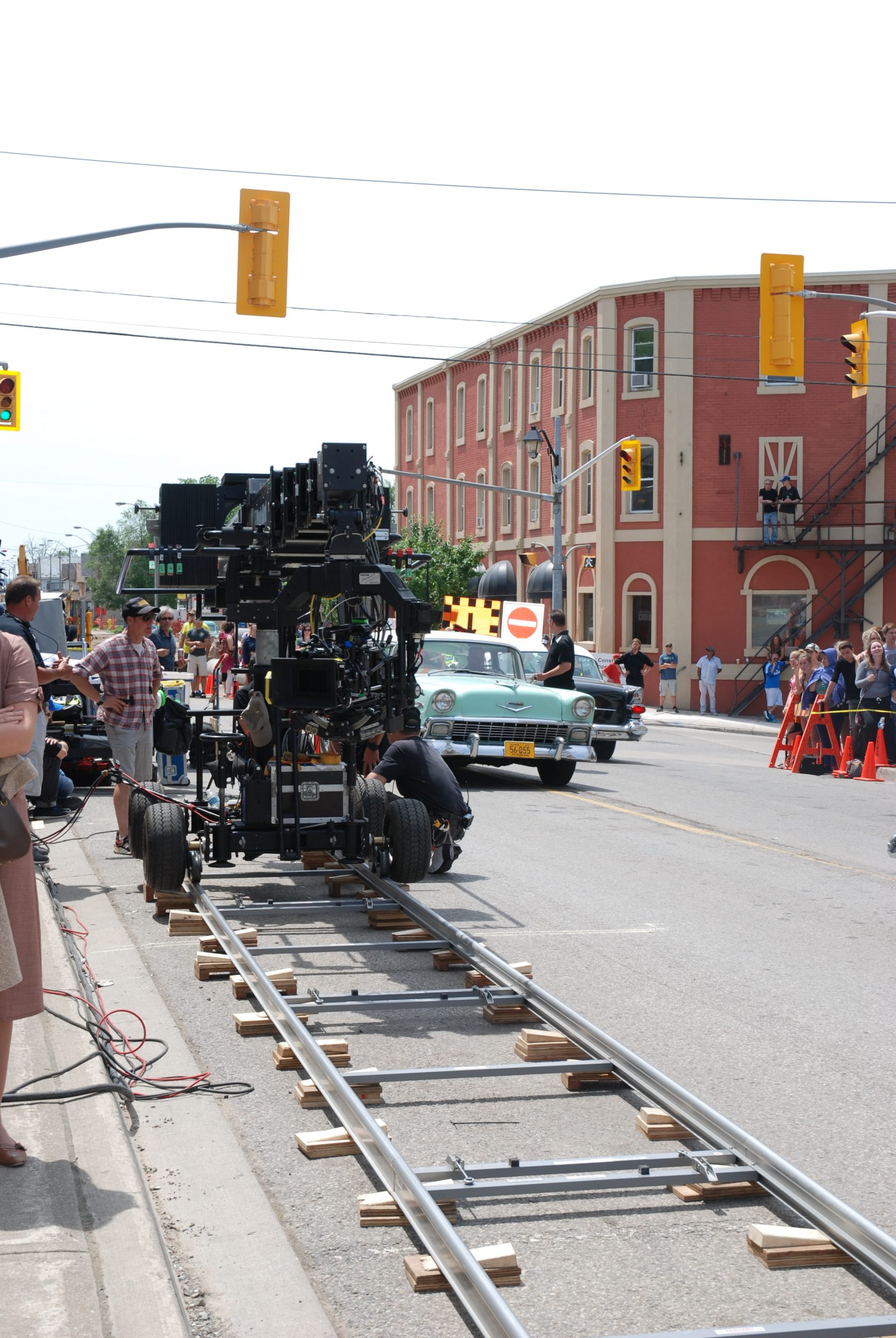 There have been many critically acclaimed films and shows that have been filmed in and around Waterloo. Which ones are your favorite?

DH: I’d be remised if I didn’t say The Handmaid’s Tale was one of my favourites, because they contributed to our “growing up” within the industry. Before that, we had Murdoch Mysteries. They are a hometown favourite; everyone loves it when Yannick (Bisson) comes to town. But when we started working with Handmaid’s, we started showing the industry that yes, we can work with these larger-scale productions. When you’re talking or Handmaid’s Tale, you’ve got 300 people in town.

There is a dramatic difference in production needs and how you facilitate those different types of projects. Another one I loved, which did not get renewed for a second season, is called October Faction. Almost every single episode had scenes of Cambridge. I loved it because they had some gorgeous shots of our community. They utilized spaces that hadn’t been used for filming before, such as one of our local independent grocery stores. 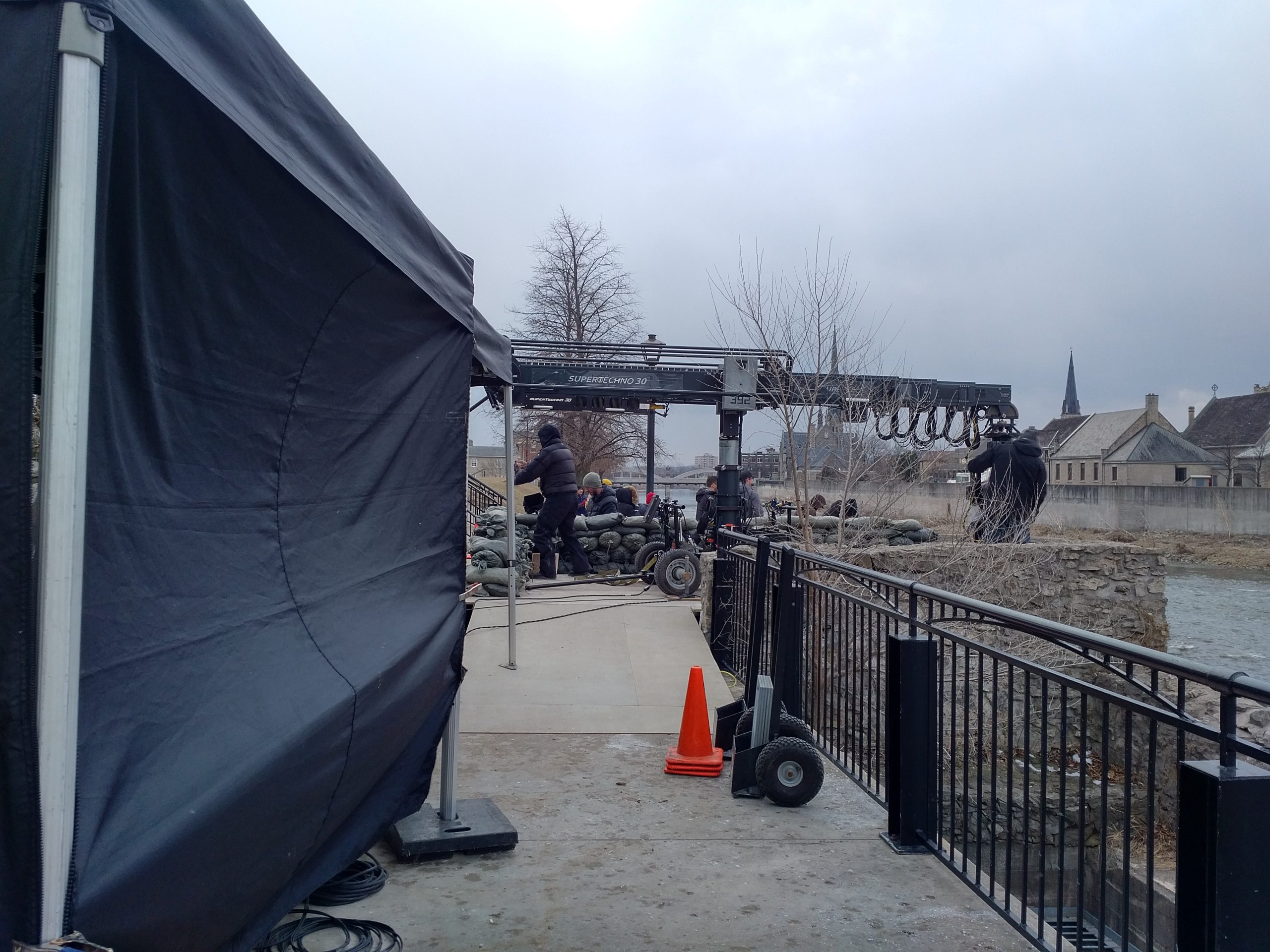 Why is Waterloo the ideal place for production companies to film scenes of iconic shows?

It is our beautiful natural and built heritage asset. Not only the Canadian Heritage Grand River, but also the Speed River. Rivers in Cambridge are integrated as essential features in our communities. All of the larger cities within the region have a very supportive leadership team and community partners engaged and excited when the film industry comes to town. We have that focus on customer service for this industry. It is impossible to do any project alone, and we are very fortunate to have great teams internally that we can work with and solve problems. 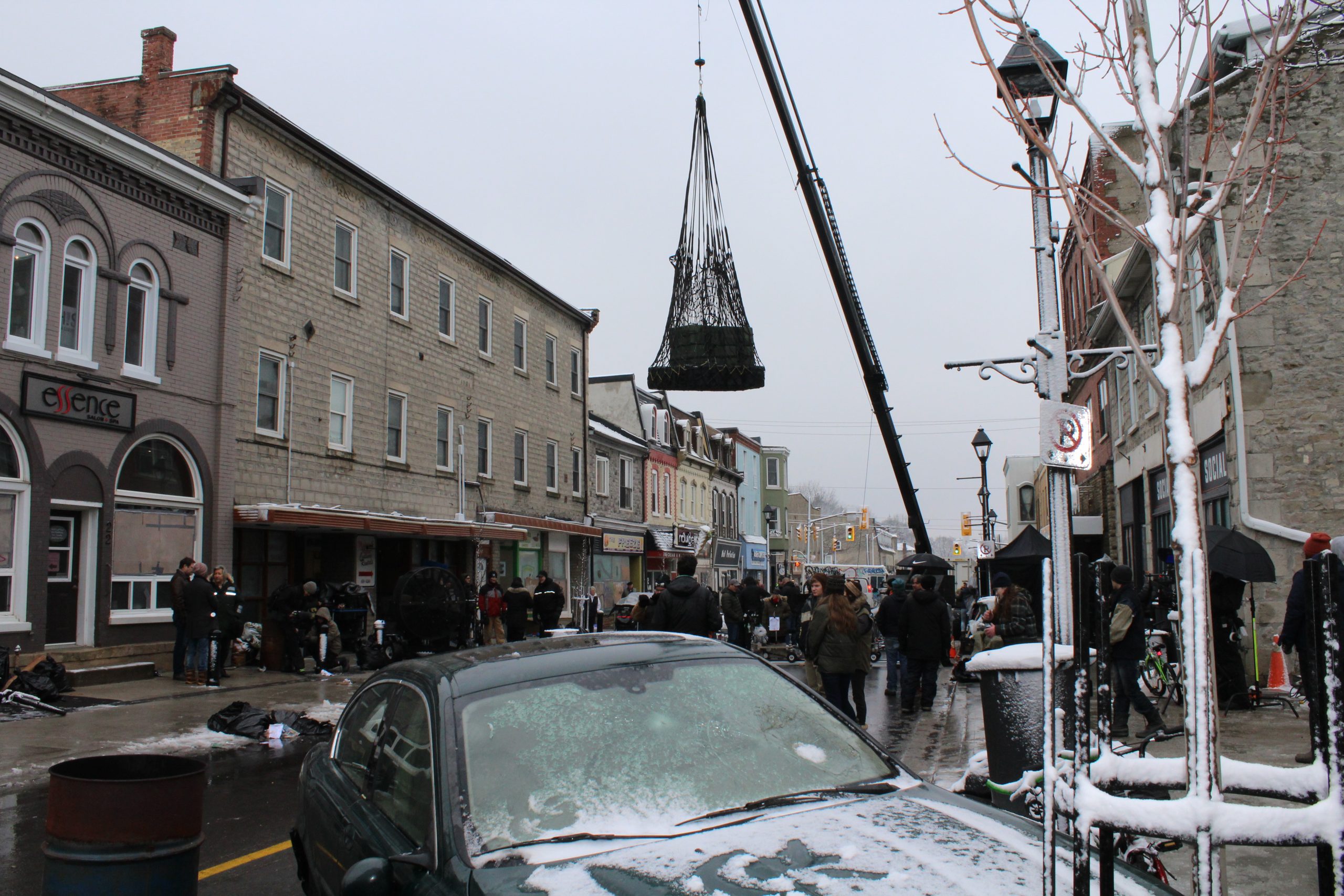 How have Waterloo residents reacted to the interactive map that shows filming locations?

These are the most well-used maps on the entire City of Cambridge webpage. The last time I looked, we had over 1000 hits, and we only put them up in 2017 and started promoting them in 2018. We have won provincial, national, and international awards in marketing for these maps from different economic development associations. It’s about weaving that story that tells not only what has happened here but why it is essential to our community.