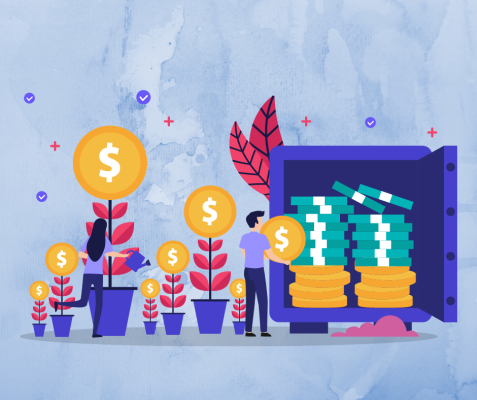 The COVID-19 epidemic has tested the resiliency of the Canadian banking industry, and corporate and family balance sheets are mainly in excellent health. However, risks have escalated due to tighter economic conditions, high global inflation, rising geopolitical tensions, and financial system vulnerabilities have become more complicated.

The Banks are paying close attention to the rising proportion of Canadian households with high levels of mortgage debt. These households are particularly susceptible to income drops and higher interest rates. Although many homes have seen considerable equity gains due to the high-rise in-home prices over the last year, individuals who have just recently entered the property market would be more vulnerable in the case of a significant price correction. 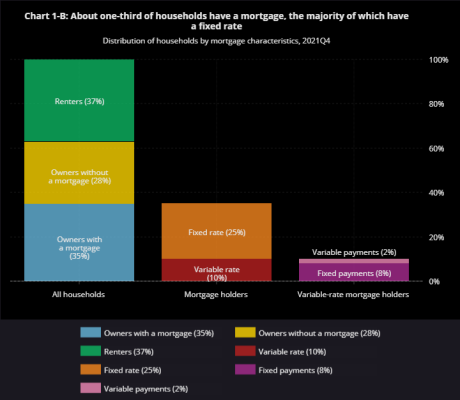 The simulation focuses on five-year mortgages obtained at banks in 2020–21, either for purchasing a new property or refinancing an existing mortgage. About 75 percent of the 1.4 million mortgages included in the sample were issued by financial institutions subject to federal regulation during the two years.

Consequences for future GDP growth risks on the downside

The downside risks to future growth in the gross domestic product are exacerbated by the vulnerabilities brought on by high household debt levels and high housing costs (GDP). Short-term economic growth is supported by the substantial increases in home values and household credit that have been seen since the outbreak started. But over the medium run, it also helps raise the possibility of a growth-defying result. 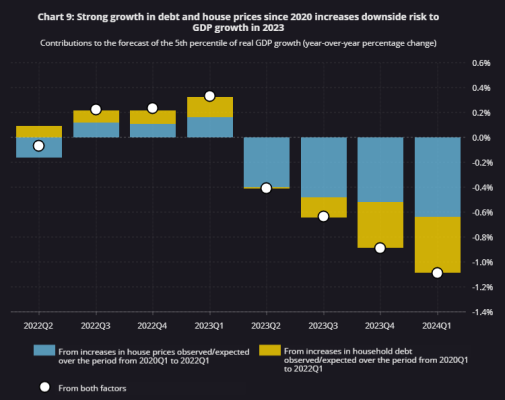 Compared to the six months of 2021, the profit before taxes for all of the significant Canadian banks increased (1H21). Profit before taxes increased overall by 23.8 percent to $43.9 billion. In addition, every major bank reported gains in adjusted net income, which rose by 9.21% to $31.5 billion from 1H21 to 2H22 due to strong demand for consumer and business loans and decreased loan loss provisions. The Bank of Canada is about to raise its policy rate by 25 basis points on March 2, 2022, and momentum in demand for unsecured loans, which Fitch Ratings predict would counterbalance predicted credit quality and capital market normalization, make it favourable for the Canadian banking industry.

Most segments saw a significant increase in revenues. The total revenue increased by 9% QOQ and 6% YoY, with the capital markets, personal banking, and commercial banking sectors contributing significantly to this growth. As a result of the substantial M&A and loan syndication volumes, banks reported record fee income from investment banking.

Compared to the six months of 2021, the profit before taxes for all of the significant Canadian banks increased (1H21). Profit before taxes increased overall by 23.8 percent to $43.9 billion. Moreover, every central bank reported gains in adjusted net income, which rose by 9.21% to $31.5 billion from 1H21 to 2H22 due to strong demand for consumer and business loans.

High levels of family debt and high housing costs continue to be Canada’s two primary interrelated weaknesses. Throughout the epidemic, many households have witnessed an increase in their net worth and holdings of liquid assets. The proportion of households with high levels of debt has increased concurrently. High debtors are more susceptible to a drop in income and will experience more significant financial hardship when their mortgages are renewed at higher interest rates.

Average home values increased by more than 50% during the epidemic. This spike was probably influenced by rising investor demand and expectations of future price rises. These dynamics may be reversed, and the price decrease might be amplified by stabilizing the housing market. Prices falling significantly would affect household wealth and credit availability.

Non-financial publicly listed companies are often in sound financial condition and seem prepared to withstand rising interest rates. Before the pandemic, there were worries that the non-financial sector might experience unsustainable high levels of debt. However, this has not happened. Certain companies’ reliance on the high-yield financing markets has also decreased the risk. It is a long road ahead for the Canadian banking industry. 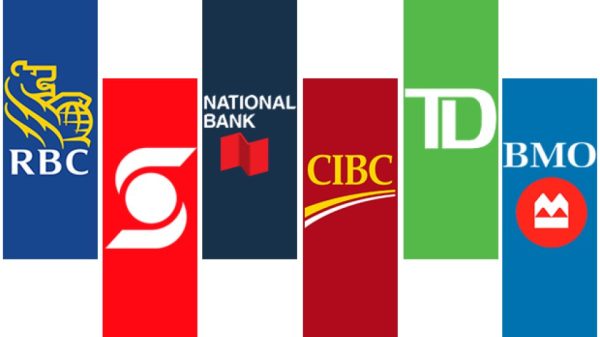 About the author:
Pritam lives in Toronto and has worked extensively in the banking Industry in India for several years. He is currently pursuing Digital Marketing at Lambton College, Toronto. He can be reached at pritamsaha.12345@gmail.com