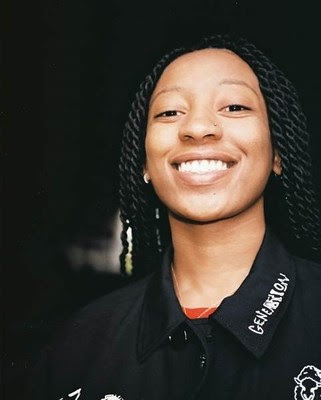 WondaGurl has produced popular songs including “Antidote,” “No Bystanders,” and “Can’t Say” by Travis Scott, “Aim for the Moon” by Pop Smoke ft. Quavo, “Christopher Walking” by Pop Smoke, platinum single “No Idea” by Don Toliver, “Gang Gang” from JACKBOYS’ #1 EP album, “B**ch Better Have My Money” by Rihanna, and “Company” by Drake ft. Travis Scott. WondaGurl is also one of the youngest women to add production to a platinum-selling hip hop album due to her work on Jay-Z’s 2013 album, Magna Carta Holy Grail.

Sony/ATV Senior Director, Creative Jennifer Drake stated, “WondaGurl has been an incredible producer for years while shattering glass ceilings for women in music and entertainment. I am incredibly excited to sign WondaGurl as I have been passionate about her talent for years – the Sony/ATV family has just been enriched tremendously.”

Tyler Henry, Founder of Henry Bros. Entertainment & Manager said, “WondaGurl is one of the most talented young producers and executives in music today. Her catalog and work ethic speak for themselves. We are excited for this next phase in her career and thrilled to be working with Sony/ATV as they support her on this new endeavor.”

WondaGurl said, “I’m excited to work with everybody at Sony/ATV both as a producer and executive.”

Recently, WondaGurl was featured in the Music category of Forbes 30 Under 30 in 2018, which recognized her incredible success as a producer. In addition to her production work, she has made the transition to a label and publishing executive by entering into a publishing joint-venture with Sony/ATV and her company Wonderchild, which focuses on developing the next generation of producers and giving them the chance to work with artists alongside her. She has already signed two longtime collaborators to her publishing imprint this spring.

Originally hailing from Toronto, Canada, WondaGurl began teaching herself how to create music at ten years old and quickly rose to prominence by winning the 2012 ‘Battle of The Beat Makers’ competition at fifteen. Her music soon caught the attention of Boi-1da, a top producer for artists including Drake, Jay-Z, and Kendrick Lamar, and she became his protégé upon entering the music industry. Her talent has only continued to rise since then, earning her several RIAA certifications, Grammy nominations, and top charting singles. She has also staked her claim in the branding world and has recently collaborated with Beats, the Toronto Raptors, Sprite, and Reebok.