Home FEATURED Adding Sweetness to the Bees and the Kitchen Table: Mario Fleury, Be...

Be Sweet is a honey alternative spread proudly manufactured in Mississauga, Ontario. Founded by Mario Fleury and his partner Eric Russel, Be Sweet was intended to provide food suppliers at the industrial level a cheaper alternative to natural honey. However, Be Sweet inevitably found its way into Loblaws for the Made in Ontario campaign and received a positive reception from consumers and retailers. After the Be Sweet honey alternative made waves in the grocery stores, Mario and his team got requests to create a vegan version of their spread. OnSide Media had the opportunity to speak to Mario about Be Sweet’s impact on the food industry and their environmentally friendly practices, and what they hope to accomplish next.

Most alternatives to commonly used condiments are more expensive than their conventional counterparts. How are you able to sell Be Sweet Honey Alternative for such a low cost?

Mario Fleury: We had developed the honey spread, which was initially designed as the lower-cost alternative to honey. We did not realize it would be beneficial to bees at that point. In our minds, we were focused on the single mom or dad with a few kids who can’t afford a jar of honey for $10-12. This was an alternative for them, as there is for maple syrup. Then, we started to get requests to develop a vegan product. We use some honey, approximately 10%. So, people buying the product are buying 90% less honey. That was not our initial intention when we developed the product, but it was a bonus.

What made you decide that a honey alternative was needed in the market?

My business partner and I always wondered why there was an alternative for maple syrup when there was no such alternative for honey? So, we decided to create one. Unlike the maple syrup alternatives, our product tastes, behaves, and bakes just like honey. When we initially developed the product, it was primarily for industrial and food applications. It has not been a good year for food services.

What has the reception of your product been like since being featured in Loblaw’s Ontario Made Program?

We got in touch with a food broker, who got excited about our product. That happened at the beginning of last year. We are a part of the Made in Ontario project with Loblaws, and things have been accelerating quite quickly. We had quite a great response from not only the retailers but also the consumers. Now, we have entered the value marts, independent grocers, city markets, all Loblaws in Ontario, and hopefully, we will be moving into other fine Loblaws’s banners soon.

You state that initially, you wanted to provide an alternative to food suppliers. What would that look like? How would they use that?

I initially have an industrial food and ingredient background, and I also have a food chemistry background, which helped me create these products. We started to sell it industrially, which means large manufacturers such as bakeries and meat processors, who would use our products as a honey alternative for significant cost savings. Again, by default, this made them more environmentally friendly as well.

Then, we began to sell it to the restaurant industry. Again, they would use the portion packs and place them on their tables. They would also use it as an ingredient in place of natural honey. It could go into a teriyaki-type sauce, a salad dressing, or into a baked good. When I say we offer significant savings, it is often in the 40% range.

How exactly is this honey alternative kinder to the environment than actual honey?

I’m not going to pretend to be an expert on bees, but we know that Canada and the US use a lot more honey than the bees can produce. So, there is a tremendous amount of honey being imported from around the world. From Brazil, Argentina, China, India, as well as other Asian countries. Let’s remember that bees make honey to feed themselves over the winter. By taking their honey to sell to consumers, we are leaving no honey for the bees. Often in the wintertime, bees in Canada are fed granulated sugar put into a solution. That blend is void of nutrients that are good for the bees. Honey is a money-making endeavor, hence, people are tempted to take shortcuts when it comes to their bees. Some beekeepers find it too expensive to feed their bees sugar, so some of them will often let their bees die or kill them in various ways. 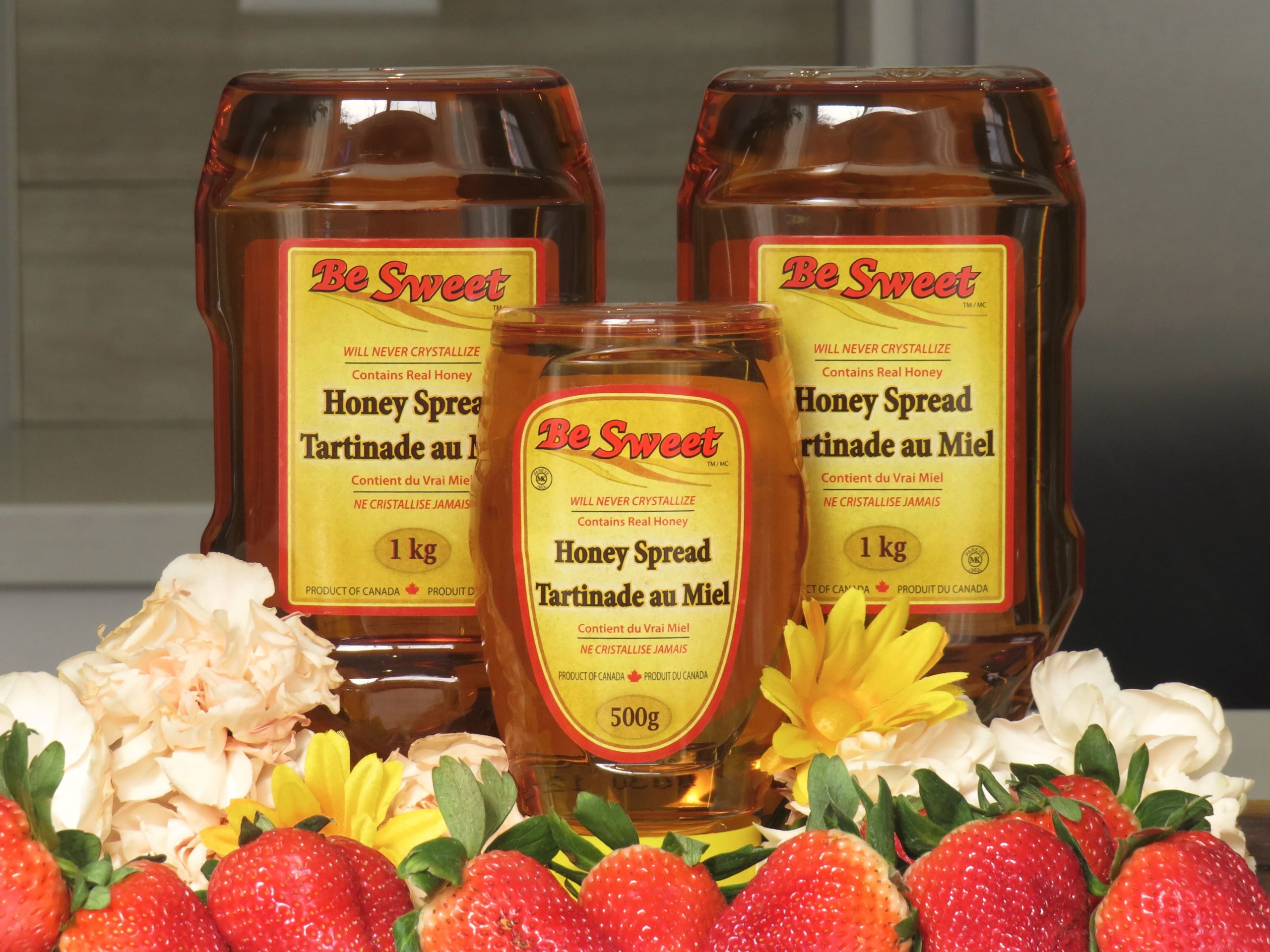 What do you hope to accomplish next with Be Sweet?

We just launched our vegan product in October 2020. When creating the vegan alternative, we decided to go all the way. We even obtained the list of do-not-use ingredients from Wholefoods who are the market leaders in Natural Foods retailing. It contains zero honey, is 100% vegan and organic certified, all-natural and non-GMO. Therefore, the product is completely bee-friendly.

We would like to grow our presence in the retail marketplace. I believe as we do that, we will make a greater difference (albeit a modest one) to the environment. A lot of food manufacturers talk about being sustainable, and they go out to plant a few trees while continuing to use a lot of honey or other ingredients that are not environmentally friendly. I believe we are doing something real and making a difference.

Why study English online with a Canadian school?