The City of Toronto and screen industry are driving record expansion in Toronto, including growth of studio space, enhanced workforce development and the creation of environmentally-friendly production amenities.

On November 16, Mayor John Tory announced Hackman Capital Partners and its affiliate the MBS Group as the successful proponent of the Basin Media Hub Request for Proposal (RFP) to build and operate a film studio complex on 8.9 acres in Toronto’s Port Lands. The $250 million state-of-the-art media hub will provide much-needed capacity within the sector with up to 500,000 square feet of studio space and production offices. 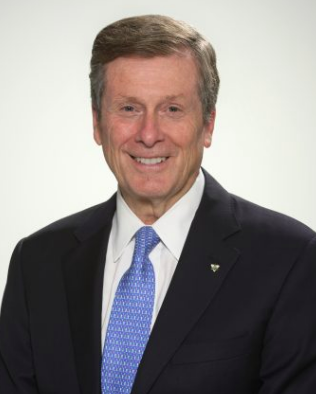 Yesterday’s announcement comes at a time of extraordinary growth for the Toronto screen production industry. The City’s decision to put a City-owned, 8.9-acre parcel of land on the market for studio development recognizes the economic and cultural value of the screen sector and acknowledges that the global demand for space in Toronto surpasses current capacity. Global demand for Toronto studio space and talent is only expected to increase, based in part on the following industry successes:

The City’s activities in workforce development are driven by the growth in studio space. In September, the City announced the expansion of xoTO Screen Industry Pathways, the Film Office’s workforce development initiatives to grow and diversify the talent pool in Toronto alongside unions and guilds, training community groups and educational institutions. This work is directly guided by the City-commissioned Toronto Screen Industry Workforce Study

, which identified labour gaps and benchmarked workforce growth relative to increasing studio space. The approach is threefold: to educate Torontonians about the many career options in the sector; to create low-barrier training programs that fast-track diverse youth into union or guild membership; and to assist productions in tapping into new talent.

Following client requests for environmentally-friendly production amenities, the City is building its first two “power drops” at high-usage locations, enabling productions to plug in to electrical power rather than utilizing diesel generators. Two power drops will reduce the industry’s carbon footprint by 400 tons of Green House Gasses (GHG) per year, which is the equivalent to the energy use of 45 homes or 81 driven cars per year. More power drops will be built in the coming years as industry demand requires. The City’s Film Office is a member of Ontario Green Screen, an initiative between government, industry, unions, guilds and trade associations that empowers productions and studios to make sustainable choices.

In response to the industry’s growth, the Film Office is also enhancing customer service by hiring additional film permit coordinators and sector development staff to innovate and expand services as production volumes grow. New film permitting fees are also being introduced in 2022 in order to help support the Film Office and its workforce development and sustainability initiatives.

“Toronto’s screen production industry continues to see extraordinary growth, with an international audience recognizing the skills and abilities of Toronto talent. The fact that we are on track to break the $2.2 billion production volume record set in 2019 as early as next year is a clear sign that Toronto and its screen industry is coming back stronger than ever.”
– Mayor John Tory

“The film industry plays a vital role in the strength and diversity of Toronto’s economy. The international demand for our studio space and talent continues to grow, and yesterday’s announcement advances our plans to augment the City’s studio capacity, develop our workforce and further green the industry.”
– Deputy Mayor Michael Thompson (Scarborough Centre), Chair of the Economic and Community Development Committee

“With production value on track to hit a record high in 2022, surpassing $2.2 billion, the industry needs this future state-of-the-art media hub to meet the growing demand for space and Toronto talent.”
– Councillor Paula Fletcher (Toronto-Danforth), Chair of the Film, Television and Digital Media Advisory Board.