Home FEATURED Bandit of people getting together and resisting: Mitch Gegwetch, Resist Clothing

Founded in 2020 by Mitch Gegwetch of Sagamok First Nations, Resist Clothing began when he created an activism t-shirt with some spare materials for a protest in Toronto. Having an extensive history with activism and non-profit work, Mitch has been heavily involved in his community and often attended rallies and gatherings around the city. 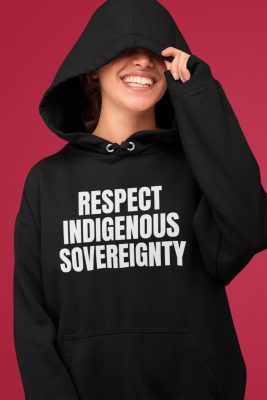 People expressed interest in the homemade t-shirt he wore to the anti-pipeline protest in 2019. “People wanted it and told me that if I kept making t-shirts in this style, they would buy them. It sparked something in me. I thought, maybe I can do more than just putting my message on a t-shirt”, Mitch reflects.

The brand was originally named Our Feather Clothing Co. However, after some customer feedback, Mitch cultivated the brand’s mission of uplifting Indigenous voices and dismantling the systems that oppress them. 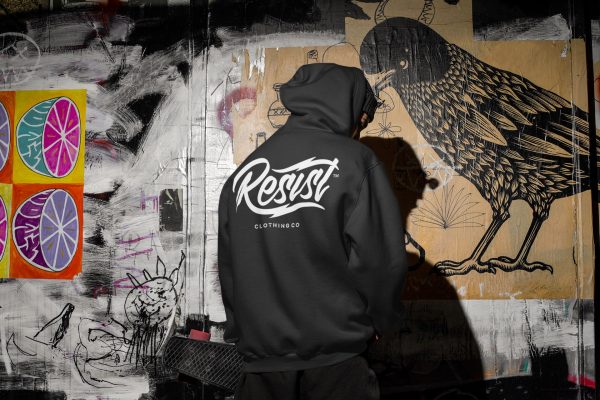 For Mitch, Resist Clothing came to fruition unexpectedly. He admits, “Originally, when started brand, I was just trying it out. I did not expect anything to come of it”. As an Indigenous activist who can pass as white, Mitch is aware of the privileges he carries. However, he uses his privilege to hold himself responsible for supporting his community and Indigenous people.

“Through my activism and non-profit work, I’m able to offer an Indigenous perspective in spaces that are predominantly white. Now with this brand, I continue to find ways to push Indigenous issues to the forefront and make people aware of it”.

In the early months of the COVID-19 pandemic, Mitch began researching Indigenous brands and the messages they were conveying. For his clothing line, speaking to the social injustices of Indigenous people in Canada was crucial.

Mitch wanted Resist Clothing to be that voice amongst Indigenous businesses. “Of course, there are a lot of really cool brands that have unique designs, but none of them spoke to the political side. So, I decided that there was a gap there and that I was going to fill it”.

Throughout the pandemic, Resist Clothing grew steadily and organically. Mitch operated the business by himself for the first year. In 2021, he expanded his team and started the Orange Shirt Campaign, designed to bring awareness to the grim legacy of Residential Schools. “Around June, we had a huge influx of sales, and by August, we were overwhelmed”.

Resist Clothing ended up raising $15,550 for the Legacy of Hope Foundation, an Indigenous-led organization that runs educational exhibits on Residential Schools. “Now, people are recognizing the brand; there is a steady increase in sales,” Mitch explains. “We’re still making enough money to sustain our families, but we can also give back.” 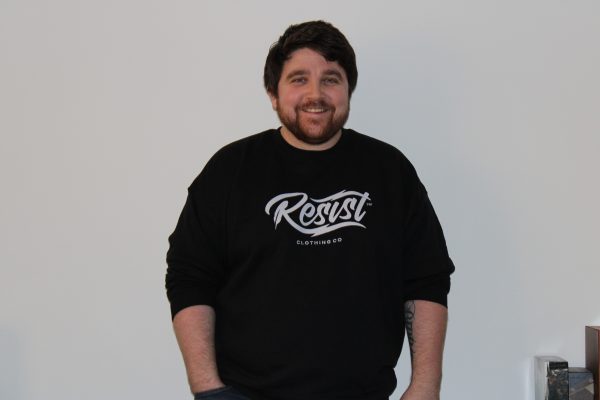 Preserving the environment for future generations is an integral part of Indigenous culture. Printing and production of Clothing can cause a significant amount of waste. Sustainability is a priority for Resist Clothing, so producing as many orders with a specific material reduces the ecological footprint.

Mitch admits, “there is a lot of material that gets thrown out because it’s much faster that way. However, the way we do it is we try to get as many orders that have similar print/garment to stretch out material. It’s a near-zero waste process. There is still some waste, but it’s far less than the traditional method”. 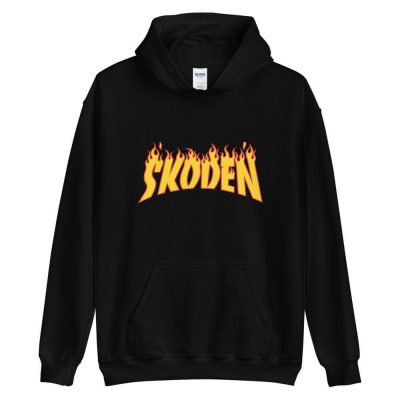 What makes Resit’s Clothing’s statement vital is marrying Indigenous culture and pop culture in the designs. Satirizing major labels that dominate the markets is a bold statement on the cultural and environmental suffering caused by capitalism.

“Without doing any copyright infringement, it’s a tongue-in-cheek approach to certain large capital brands. It’s not our way to make fun of them, but poking fun at the amount of money they have and the lack of difference they are making. 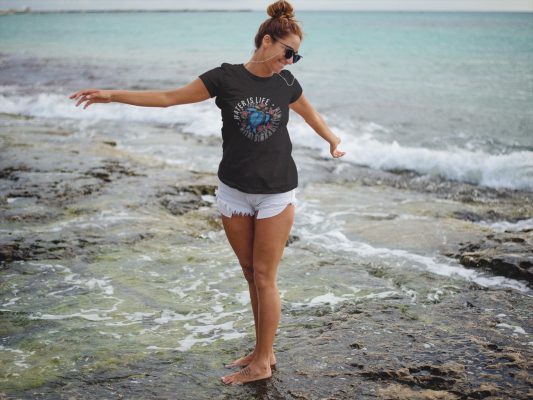 Meanwhile, there are brands like us that are making a difference”. Resist Clothing also has a section on its website dedicated to resources for allies.

Fellow activists outside of the Indigenous community can help support the clothing brand and initiatives while also having the opportunity to educate themselves on allyship and accountability. “We want to make a brand that can be worn, seen, and appreciated by everyone, not just Indigenous people.”

For more information on how you can decolonize your closet, visit Resist Clothing