TORONTO, July 8, 2020 /CNW/ – Assante Wealth Management (Canada) Ltd. (“Assante”) is pleased to announce that Tina Tehranchian, Senior Wealth Advisor in Richmond Hill, Ontario, is the first Canadian to be selected as Top Senior Wealth Advisor of the Year by the International Association of Top Professionals (“IAOTP”). 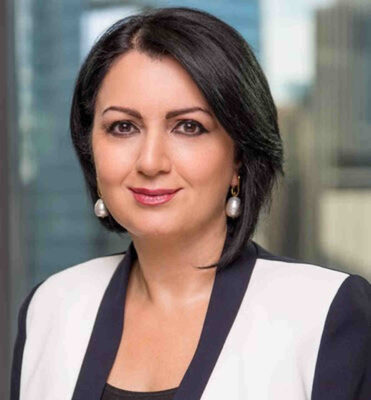 “On behalf of our colleagues at Assante, I congratulate Tina on her well-earned recognition as a Top Senior Wealth Advisor with the IAOTP,” said Sean Etherington, President of Assante. “Her impact on the community cannot go unmentioned as she’s helped Canadians become more financially savvy and made extensive contributions to charitable causes – all while establishing herself as a trailblazer in finance, traditionally a male-dominated space.”

The IAOTP names a select few members as Top Senior professionals in each discipline based on their professional accomplishments, academic achievements, leadership abilities, longevity in the field and contributions to their communities.

“As a woman of diverse cultural background, being the first Canadian recognized by the IAOTP for this accolade feels especially momentous,” said Ms. Tehranchian. “I’m passionate about helping Canadians navigate their finances and giving back to the community, especially through female-to-female mentorship and as a volunteer board member and fundraiser for a number of charitable organizations.”

In addition to being named Top Senior Wealth Advisor, Ms. Tehranchian has been recognized through multiple awards, including the following:

Since 2000, Ms. Tehranchian has assisted in raising over $2 million for various charitable organizations, including donating her time and expertise to the Princess Margaret Hospital Foundation. She has served as a Director and Trustee of distinguished charitable and non-profit boards and currently holds the position of Planned Giving Consultant for The Donor Motivation Program and Director of Art Canada Institute.

Elizabeth Scott: How a step back allowed me to take two steps forward