Home Business AAR elects Robert F. Leduc to its Board of Directors

Wood Dale, Illinois — AAR (NYSE: AIR) announced today that Robert F. Leduc, retired President of Pratt & Whitney, has been elected to the Company’s Board of Directors, effective immediately. The addition of Mr. Leduc increases the size of the Board from 12 to 13 directors. 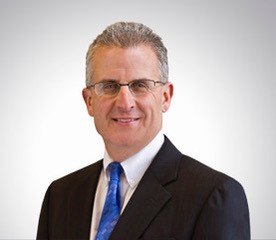 “Bob brings significant industry and leadership experience as well as a deep knowledge of the aviation market from his time at United Technologies,” said John M. Holmes, President and Chief Executive Officer of AAR. “We are very pleased to welcome Bob to our Board of Directors and look forward to his contributions.”

Mr. Leduc, 64, recently retired as president of Pratt & Whitney, a role he held since January 2016. Previously he served in a number of senior executive roles for more than 38 years at United Technologies Corporation, including president of Sikorsky Aircraft. He began his career in aerospace engineering at Pratt & Whitney, holding roles of increasing leadership responsibility in program management, strategy and customer support before being named Senior Vice President, Engine Programs & Customer Support in 1995. In 2000, he was appointed President of Large Commercial Engines and Chief Operating Officer. He is a member of the board of the Connecticut Science Center, and he established the Robert and Jeanne Leduc Center for Civic Engagement at the University of Massachusetts Dartmouth. He earned a B.S. degree in mechanical engineering from Southeastern Massachusetts University (now UMass Dartmouth) and an honorary doctorate in business from the University of Massachusetts.